Even though there's a lot of interesting Jdramas this spring season, I can only manage to watch 2. That is Kazoku Game and Itazura na Kiss ~Love in Tokyo~. 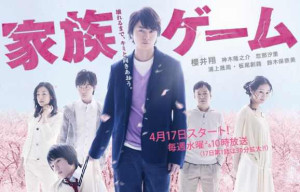 I love it. It's so interesting and makes you anticipate on what's going to happen on the following episode. I also like how it makes you wonder who Yoshimoto really is and what does he aims for by intruding the Numata family. The actors and actresses are also great. The Numata dad plays his role splendidly that I feel like punching that face of him XD Shige is so cute and also KitaRie (I didn't know that she is actually quite good-looking whenever I see her on AKB48).
About Sho, probably this is his best drama that I've seen (only watched from '07) and also the best character he had. I love the classroom scene where he shouts (even though there are no sounds heard) and gets violent. Also the scene when he confronted the mother and the Numata siblings, it really is Ii ne~ Saying that, I still think that Sho's acting is lacking something. Like when the lines get emotional his voice is just weird, I don't know I think he's a bit overacting there.
And oh, this actor is a fave on Arashi dramas. Hahaha.

One of my favorite manga/anime having another jdrama again. Yay! It really made me happy when it was announced cause I've been wishing for it since a long time ago. The new drama gives a nice feeling and the story is actually loyal to the anime. Honoka Miki is also a perfect Kotoko. She's super cute and not annoying at all (that's her difference from the previous actresses who played that role). I hope that after this drama, she'll get to star on more dramas and movies :) Furukawa Yuki, may not be as good-looking like Joe Cheng and Kim Hyun Jung but he's definitely a good choice for Naoki. He's acting is okay and there are moments that I think ah he's kinda cute. Yamada Yuki on the other hand is so hilarious and very fitting for Kin-chan.


I also kind of getting back to my old faves, Anime and Manga.
Currently watching a lot of animes on my local channels. Most are old titles like Dragon Ball Z Kai, Yakitate Japan, Detective Conan and Bleach. Here are my faves though: 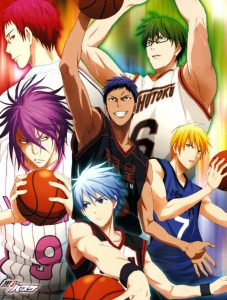 Initially, I don't really have that much liking on this anime. I feel like it's more of a Shounen-Ai anime being sugar-coated with Basketball as the main theme. There's more of talking here and there than the actual basketball action. I thought that time that I'd rather watch a replay of Slam Dunk instead of watching this. Funny cause I still continued watching it hoping that somehow I'll be interested and now, yes I began to like it. Thanks to the "Sorry-guy" from Aomine's team. He's so adorable! And I'm so hooked into it. Now, I'm planning to watch the second season when it's out in Japan on September/October~ 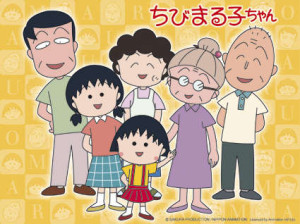 Very Old. I still remember watching this episode of Music Station where the ending theme of Chibi Maruko-chan is the best selling single of 90's something. The anime is hilarious and very natural. I can relate my childhood days to Maruko, being bratty and wishing to be sick just to have a reason not to attend classes~

I usually don't watch a lot of local dramas but the current lineup of ABS-CBN's Primetime are really good and worth-watching. Some of my thoughts and feelings about them...
Princess and I 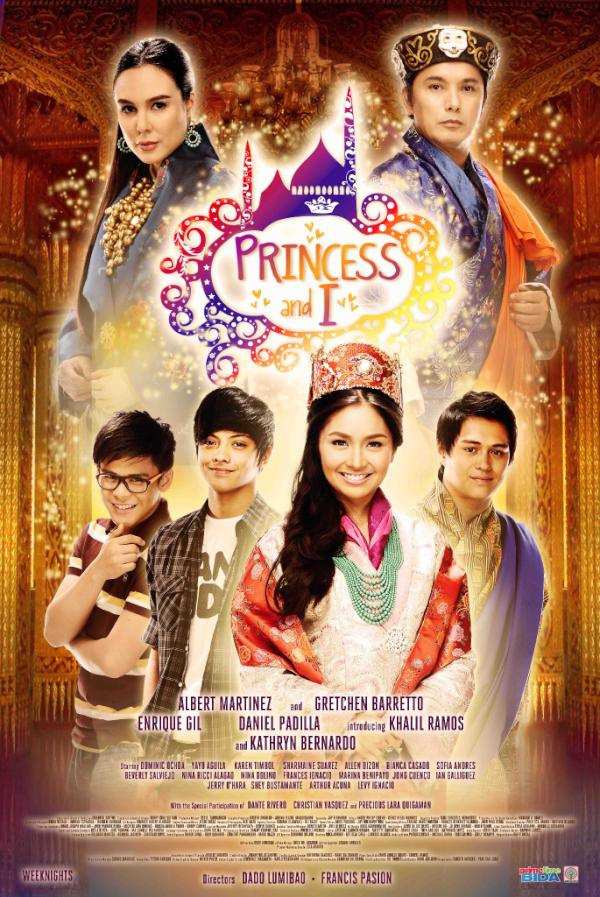 I'm actually not that fond of Kathryn Bernardo, the lead actress of this drama. I find her acting a bit lacking especially since I tend to compare her acting skills to Julia Montes. And I can't help but get distracted on her bangs >_< But overall this drama is cute and heart-warming. I find Gino (Daniel Padilla) really adorable with his pick-up lines and King Anand (Albert Martinez) portrayal f his role flawless and cool as usual.
Walang Hanggan 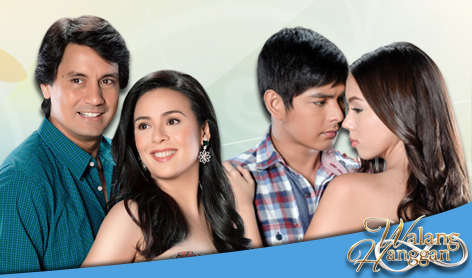 Not gonna lie, initially I find this drama cliched and too predictable in every way and I still think that way unti now. And even though I'm a huge fan of Coco Martin I thought, that reason alone won't help on convincing me to watch this drama. But when some of my relatives went to visit our house last May, I don't have any choice but to watch it because they totally love it. Funny as it seems, but yeah just seeing Coco Martin is enough to keep me watching it >_< 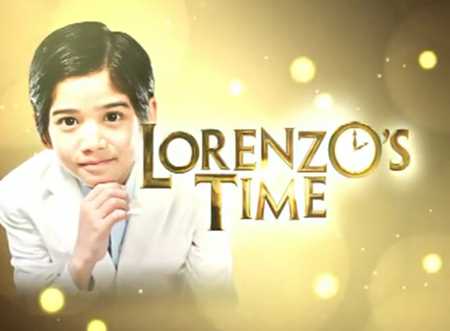 I find this drama really interesting. When I first saw the trailer, I easily get all teary-eyed from it. Zaijan Jaranilla, despite being one of the youngest among the popular actors is also one of the best. I'm amazed on how that kid is able to make the audience feel his emotions well. I also love how ABS-CBN paired an adult actress to a very young one, it was like how will they be able to established that story? But as expected from them, it was totally amazing.
Kahit Puso'y Masugatan 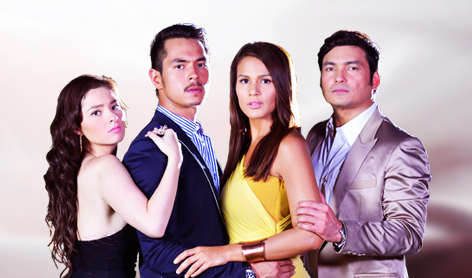 Iza's first drama on ABS-CBN. I really love her and it's totally disappointing that GMA just wasted her talents with their boring dramas. It's a good thing that she moved to Kapamilya ne~ But to be honest, she's not the reason why I decided to watch this drama. The main reason is Kit Thompson of PBB. No, I don't like him. He's actually one of the housemates that I totally dislike. Personally, I think he has no respect to women and even though his fans are saying that he is already a changed person, I still think that he still needs more time to change his attitude since it's still showing on his choice of words during interviews. Okay back to the drama~ Since Kit was linked to some girls on PBB, I thought that for sure either Karen or Myrtle will be on it. Unfortunately,  the latter is the one who made it with her other love team. It's a good thing that the veteran actors are really great with their roles (one of the best scenes for me is when Iza and Jaclyn's characters went to Lito Pimentel's house) and that's the reason why I'm still watching it. 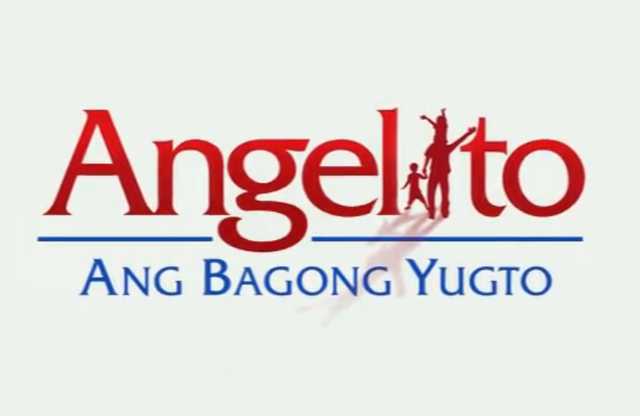 I totally loved the first series. I even thought that JM is the next big actor of ABS-CBN and his acting skills is comparable to Coco Martin. But this 2nd season proved me wrong. I adore him so much before but whenever I see his scenes especially with Charee Pineda I always have the urge to slap him! I think that he is still so "pa-cute" and needs more workshops to be a better actor. I also think that a 2nd season is really not needed because isn't one of the moral lesson of the first one is learning from mistakes and not doing it again but the character Angelito seems to be someone who doesn't learn and that's the reason why there's a new one >.> Actually I'm just watching this to catch few moments of Karen. I hope her new drama with Sue and Yen would come sooner! 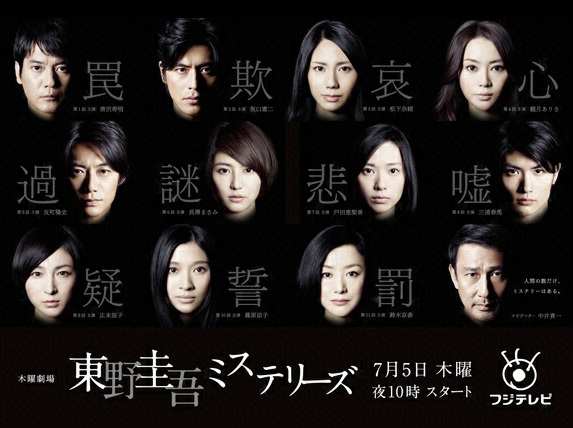 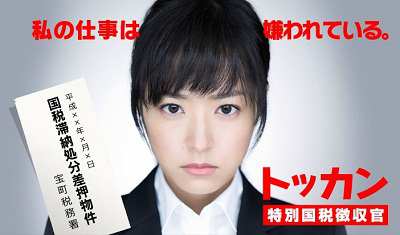 Higashino Keigo Mysteries. I love mystery dramas and the cast is really awesome. I'm enjoying watching it especially the first two episodes wherein I was totally surprised when the whole story was revealed.
Tokkan. I'm not really that interested when I first read the plot of the story but I would really love to see Mao on another drama that's why I tried it. I just finished the first episode, and really some terms are, difficult and confusing O.O But I cried so much on this episode too.

Yatta!!! Really this one just made me so happy! One of my current favorite mangaka's work is gonna be turned into an anime!!! Although it would made me even more happier if Sekine-kun no Koi's the one that received such treatment...
But saying that, Natsuyuki is also amazing! I hope that in the future more Kawachi-san's work will be turned into an anime or even a drama^^

Tennen pair >_< Yeah, the main reason why I'll watch both dramas. But Erika with Ohno, Fujiki and that cute cat on Aiba's drama are more reasons for me to watch it. I'm just hoping that both dramas are also good cause I love detective-themed drama but I want the cases, tricks and reasoning to be executed well too.

Mirai Nikki
The synopsis is like Deathnote-Incite Mill-Liar Game combination. Need to see this! Okada, Gouriki, Hiraoka and Kanata's here too~~~

Tsumi to Batsu: A Falsified Romance
I've been wanting to read the manga of this one but never got the chance... That's why a drama would probably be good... Hashimoto Ai's here, I love her on Kokuhaku and it's been a long time since I've seen Asami on a drama.

If I have more time, I'll probably watch...

Papa wa Idol
I know that it's interesting, I mean Ryo acting as Ryo, Eito being there, celebrities making an appearance but I prefer Ryo on a dramatic role than on a slice-of-life kind of drama... But if the first episode is good I might continue the whole series. One thing I am for sure is that I'll watch the episode with Yama on it^^

Mou Ichido Kimi ni, Propose
Love story kinda like 50 First Dates. A story about a husband trying to reach his feelings to his wife who lose all of her memories about him. I would love to watch this, for sure I'll be crying on one of its episode^^ Maaya and Suzuken as Princess Tomoyo and Kamui.


Aww~ so cute>< I hope that photos of their actual wedding will be leaked soon. Love the two of them:)
Collapse